The worth of a soul 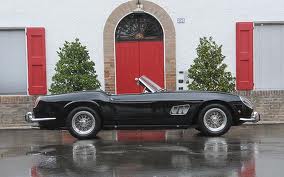 This was a talk given in church last Sunday by a member of the High Council. I loved it.  The room had that peace when you know the Holy Ghost has come to teach.  I wanted to post it so more people can benefit from it than just those who attended my ward last week.

The Worth of a Soul

On Saturday May 17, 2008, a 1961 Ferrari California Spyder sold for over 10 million dollars at an auction in Italy.  At the time, according to the auctioneers, it was the highest price ever paid for a vintage car at auction.

The car was said to be one of only 56 ever built and had been owned by an actor who bought the car in 1964 after he filmed a popular movie.

An industry expert explained why the car sold for so much.  He said "I think it just shows that there's strong demand because you don't get to that type of number without strong demand." (http://money.cnn.com/2008/05/19/autos/record_ferrari_sale/index.htm?section=money_latest)

And that’s just how it is in this world—demand combined with rareness tends to determine value.  We see this rule applied every day.

·         Valuable precious metals are scarce while insignificant scrap metal is abundant.
·         Limited court-side seats at a sports arena sell for much more than the plentiful seats near the rafters.
·         And a rare coin is viewed as irreplaceable, while a common coin is considered expendable.

And basic economics supports this connection between scarcity, demand and price, since high demand coupled with low supply almost always raises the price of something.   This supply-demand approach to setting value is a useful way to distribute resources--in this world.

However, these rules of economics tend to permeate our experience in this life.  So we may come to believe they apply to more than just things like sports cars.  We may assume these rules of supply and demand apply to people.   Consequently, people with scarce titles, talents, traits or connections are frequently viewed as more important than those with more common characteristics.  But such thinking needs to be checked; since a celebrity is not worth more than someone who is not well known.  (Romans 2:11).  Yes, the talents or traits people offer in the marketplace may differ in value, but their worth as individuals don’t.

The Savior understood the difference between the world’s economy and God’s economy (D&C 77:6).  When tempted by the Pharisees to choose between the two, he said, “Render therefore unto Cæsar the things which are Cæsar’s; and unto God the things that are God’s.” (Mathew 22:17-21)

This difference between heavenly and earthly valuations reminds me of when I was a teenager.  At home I was loved and valued always, even when I was in trouble.  However, at school my worth was constantly in flux.  And this hasn’t changed as I have grown older.   For example, when I travel, it seems that I am under constant pressure to accept that the worth of my soul depends on my frequent flyer status.

Indeed, it is a challenge to live in such an environment.   For instance, in Young Women’s class we learn that we have infinite worth.  But when looking for a job, we may not be worth an interview.  Likewise a young man may be good enough to be on the Lord’s team, but not good enough for the school team.  These types of experiences can be confusing.  And to make matters more difficult, most of our time is spent in the world—where people are often valued based on their status.   Accordingly, we may wonder, “Whose assessment of my personal worth should I believe—the Savior’s or the world’s?”

The answer to this question depends on who we trust.  If we trust the world then our personal worth will be determined by other people.  And in consequence, we will endure unpredictable, junior-high-like popularity contests for the rest of our earthly existence—“where moth and rust doth corrupt” (Mathew 6:19)   If we trust the Savior, then we can know right now, with certainty, that the worth of our soul is truly “great in the sight of God”.  (D&C 18:10)

No wonder the Lord has commanded that we “should not…trust in the arm of flesh” (D&C 1:19), since doing so will surely tempt us to value ourselves and others like things rather than eternal beings.

To be sure, some may honestly believe that people who live large lives have more worth than those who live smaller lives.  Nevertheless, The Book of Mormon Prophet Jacob warned against such error when he said, “Think of your brethren like unto yourselves…” (Jacob 2:17) and then later emphasized this point when he said “the one being is as precious in his sight as the other.” (Jacob 2:21)

In spite of this council, we are regularly subjected to earthly differentiations that are often “according to [our] riches and [our] chances for learning” (3 Nephi 6:12).    That’s one reason why I’m grateful for family.  I know of no people on this earth that are more accepting of my commonness than my wife, children, parents and siblings.  To them, I am unique.  Through them, I sense my eternal value.

Several years ago, when I was ten years old, I played on a competitive baseball team.  I remember when my coach asked me to pinch hit for one of my teammates during the last inning of an important game.  There were two outs, runners on base and our team was behind by two.  The bleachers were full of cheering spectators, and a hit would make me a hero.  I was nervous but too young and innocent to know the consequences of a poor showing.  I stepped up to the plate and looked at the pitcher who was two years older than I and seemed to be almost two times as tall.

He was one of the best pictures in the league; and I was on stage ready to sink or swim in front of everyone.  Unfortunately, it took three swings for me to sink.  Yes…three straight, swinging strikes and the game was over and lost.

As I walked back to the dugout, I looked for assurance from my coaches and team mates, but that was not to be.  I felt alone; and as I lingered there in defeat, tears formed in my eyes.  I didn’t know what to do, so I took off running to the one place I knew I could go; the one place where I knew I would be accepted and valued regardless of what happened at the game that day.  I ran all the way home.

When my parents caught up with me, I was in my bedroom feeling very small.  But my mother’s presence and a few encouraging words reversed the effects of feeling undervalued by the world’s economy.

Moments such as this may be one reason why the prophets have said, “The family is ordained of God.  It is the most important unit in time and in eternity.”  (Handbook 2, Section 1.1.1)  Maybe families are important because in them we are not market-priced but rather prized…simply because we are family.  Yes, families can help us to remember, as President Uchtdorf suggested, that we do indeed matter. (See Ensign October 2011 “You Matter to Him”)

In a family, we matter in spite of our quirks, inabilities or past mistakes.  We matter when we succeed and when we fail. We matter when the world judges us as undeserving.  Why?--because a family naturally tends to recognize the intrinsic worth of each family member.

To be fair, appreciating family members is not always easy, particularly when they are grouchy, lazy or rebellious.  It is difficult to love someone when our love is taken for granted or rejected.  But this natural tendency to love a family member even when that love seems to be one-sided is evidence of our spiritual linage, since our Heavenly Father is the perfect example of one-sided love.  The Book of Mormon tells of our Heavenly Father’s ability to endure our tendency to fancy this world over Him.  It reads:

A family thrives on this ability to love without reserve.  Conversely, a family languishes when love is dependent upon status or performance.    In a similar fashion, a ward, which is sometimes referred to as a family, requires this same unconditional acceptance of its members, since viewing fellow ward members as extended family provides an expanded zone of safety in the midst of constant spiritual warfare.

Sometimes it is difficult to comprehend a place where everyone is equally loved and valued.  But this is primarily because we are accustomed to the world’s economy that is built on scarcity, where those with scarce titles, talents or traits are recognized and adored while others are often ignored.  Indeed we are surrounded by an economy where everything can run out, so we might wrongly assume that God’s love can run out before it reaches the serious sinner or the weak.

Brothers and Sisters if there is anything I have learned over the past few years, it is how abundantly our Father in Heaven loves the serious sinner; that he has the capacity to always be aware of those who are struggling with personal weakness.

The Savior once told of a young man who went to his father and said, “give me the portion of goods that falleth to me.”  So his father gave his son his inheritance.  Then, trusting that he could rely on this world to care for his best interest, the young man “took his journey into a far country and there wasted his substance with riotous living.”

When the young man had spent all that he had, he faced a harsh reality.  Namely, he came to understand that his recent popularity was not because the world valued him but because the world valued what he could give.   Consequently, when he couldn’t supply what the world demanded, he was left to live and eat with swine, and, as the scriptures say, “no man gave unto him.” (See Luke 15:11-32)

At that point, the young man must have been feeling very small.  So what did he do?  He went to the one place he knew he could go; the one place where he knew he would be accepted and valued regardless of how the world had valued and then devalued him.  He went home.

I give you my testimony that in God’s economy every individual is prized and deeply loved by a Heavenly Father who knows that the worth of a soul has nothing to do with the marketplace. Indeed he has said, “I will make man more precious than fine gold”.  (Isa. 13:12)

I know that no matter what stage of family life we are in, no matter how imperfect or incomplete our families may be, we can stand against Satan’s effort to devalue the worth of a soul by ensuring that we do not allow the world’s economy to value Heavenly Father’s children.

I testify that we are God’s children.  He really is our Father in Heaven.  We are HIS family.