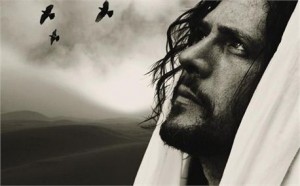 "Thousands have waned in their spiritual life because they limited their obedience to the mere standard of other Christians, or to the conservative opinions of other saints. God never duplicates the spiritual life in any two persons, and everyone who walks with Him will be called upon to say and do and experience things somewhat unlike them, or any other person. To save His children from aping each other, He will resort to terrific methods of separating and individualizing them; for He is determined that they shall obey Him, and not each other.

There is a realm of Christian counsel and uniformity of faith and practice; yet, within this range, the Holy Ghost ordains that all who are made perfect shall follow in an individual orbit. No saint perfectly obeyed God in the world that did not have to say things and do things that nobody else on earth exactly agreed with. If you perfectly obey God, you will have to do some things outside of the judgment or tastes or fancies of your best friends. Nobody on earth could have been found to sanction the offering up of Isaac. Joseph’s family did not agree with the imprudence of his dreams. If Paul had consulted the eleven apostles, he never would have done the things he did. Daniel went against the advice of all the old, sober heads in refusing the king’s meat and wine. Perfect obedience must be independent, calm, settled and fearless.

How many thousands of souls have weakened in faith by not obeying God on some point, great or small, just because it did not meet the sanction of the circle of friends in which they moved!"

Email ThisBlogThis!Share to TwitterShare to FacebookShare to Pinterest
Labels: Obedience

After the order of the Nehors

..And he began to preach to them in their synagogues, for they had built synagogues after the order of the Nehors. (Alma 21:4)

Folks believed or had become so entrenched in the philosophy of Nehor that they actually built synagogues after his order. It seems they built after this manner intentionally. It wasn't an accident. I imagine buildings at that point in history took extensive time and effort.

We know Nehor taught, promoted, and introduced priestcraft. Priestcraft is someone preaching and setting themselves up for a light to the world that they may get gain and praise of the world; but they do not seek the welfare of Zion (2 Ne. 26:29).  Such things undermines your faith.

It's interesting that Nehor had an "order".  Other places in scripture that use that term are D&C 107:3.  There is says that before the days of Melchizedek, The Priesthood was called "The Holy Priesthood after the Order of the Son of God".  How would that differ from Nehor's order?

So this Nehor had some pretty influential doctrine and philosophy. A deadly combination even.  His testimony and false doctrine was powerful enough that it influenced church architecture. He is even said to have a "profession" named after him (Alma 15:15).  That profession conveniently did not believe in repentance of sins.  Likely because they believed it unnecessary which was pleasing to the carnal mind.

When we read that they built synagogues "after the order of the Nehors" does this refer mostly to architecture? Art? Or something else?  What would a Nehor synagogue look like? Would it include things like statues of men in/on the buildings? Would it be a place of worship (or a place that people worship) that celebritizes men, makes them popular, and sets them up as a light? Perhaps naming the buildings after men?

Mormon didn't just spill all the beans for us when abridging the Book of Mormon. But in a way he did. He engraved that sentence about the manner of building synagogues into metal plates for a reason. He likely wanted us to think about our own places of worship in our day.  He wanted us to know that a civilization built religious places of worship after the manner of priestcraft and it was disastrous.  It came so short of what God truly offers it should give us pause.

After what manner do we build Church owned buildings, malls, and places of worship? Are we at risk of building after the order of the Nehors?
Posted by Taylor at 2/09/2013 No comments: