Button Button Who's Wearing Their Button? 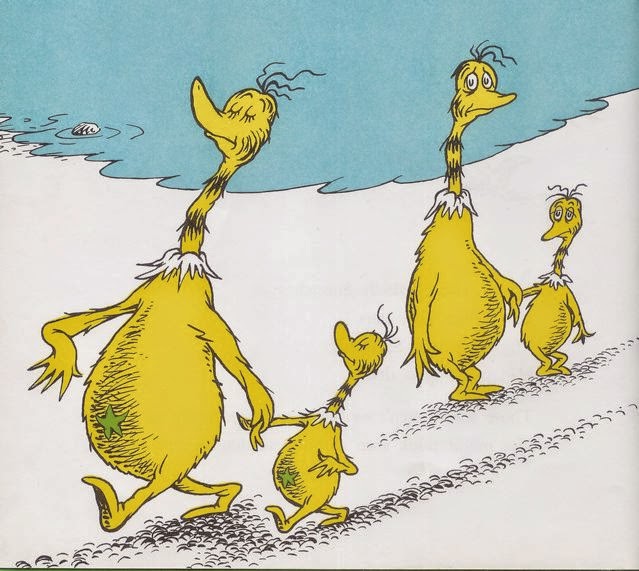 You might think such a thing wouldn't matter at all.


Yesterday at Church there was going to be a "big" announcement. The whole ward was abuzz about if for a week or so prior. Lots of people wondered if there would be a ward boundary change or something of that nature. It didn't end up being that.

Come Sunday during sacrament meeting we were told in 3rd hour there would be this big announcement. There would be no primary, no nursery, everyone would meet in the chapel for this special meeting. When the much anticipated meeting happened, the bishopric began by presenting this plan for unity for the ward. A giant purple box wrapped as a gift was brought to the front of the room.  We were told the color symbolized God, and inside was a gift.  It contained 2 chalices that contained buttons, pic of button below.  I was in the foyer so didn't see the box or chalices myself but two ward members described it for me. (I did get a button handed out to me).

Each member of the bishopric spoke, they based all their comments on an article from a recent ensign issue titled "When doubts arise" (link) written by an Adam Kotter.  It got emotional for each of the speakers as they spoke.  They were all sincere, and genuinely caring.

The Bishop first spoke about doubts, and how apparently there are many living my area who are full of them, and many with questions about churchy things which apparently caused enough concern that the bishopric called this special meeting to address it. The talks referenced internet threats such as online bloggers, apostate writers, and intellectuals that are causing people to doubt the Church.  He said they as a bishopric wanted to combat this. So they presented this plan for unity for the ward.

The idea was presented using the story from Exodus chapter 12 of putting the lamb's blood on the door posts of the ancient Israelite's homes.  The congregation was given little buttons or wearable pins which we were told needed to be an external sign (were were told was like the lamb's blood from exodus) of our commitment to "choose" to follow and trust the church leaders, follow the Prophet, to choose faith and not doubt, to choose for ourselves to stay strong in the Church regardless of what others are saying. We (the members of the ward) were told to wear the pin every Sunday for the rest of the year as an outward sign of these beliefs.  Indicating that we "choose" to do those things. The meeting concluded by relating the wearing of the pin to the different groups of people from Lehi's vision of the tree of life in the Book of Mormon. If you are not familiar with that vision there were some people in the vision who didn't care to seek or follow the iron rod which led to the Tree of Life.  That group was related to those in the ward who wouldn't care about wearing the pin, and would never even consider wearing it. Then there were the other groups in Lehi's vision who caught hold of the iron rod but later fell away. That group was likened to those in the ward who would wear the pin for a week or two but would then forget and probably lose it. Then the group in Lehi's vision who held fast to the rod and endured to the end were likened to those who would wear the pin valiantly. Supporting this outward sign of .... what was it?  Oh yes, "choosing" to trust the leaders, retain faith and not give heed to doubters, the internet, or the big bad blogland.  Which I suppose would include me, oddly enough.  I am about as non dangerous a person as they come, but I suppose that depends on the amount of religious fear you carry.

The bishop encouraged the ward by quoting from the ensign article:
“When faced with a trial of faith—whatever you do, don’t step away from the Church! Distancing yourself from the kingdom of God during a trial of faith is like leaving the safety of a secure storm cellar just as the tornado comes into view.”

Much of this special meeting troubled me.  It's the trends, beliefs, teachings and cultural pollution that has substituted and replaced the Gospel that's really concerning.  People are often just innocently following what they are taught.  And when we are taught garbage the cultural blinders grow thicker and thicker rather than fall from our collective eyes.  I don't want to see that happen, but it's happening.

That statement from the Ensign article about leaving the storm cellar has an indirect message that stands out.  It implies that safety lies in your attachment to a corporate institution which has as one of it's arms, the religion called the LDS church.  That's false.  We should repent of such beliefs because they are false and not supported by scripture.

Just last month the primary children were taught there is safety in following the President of the Church who we call a prophet.  Repeated again by the stake presidency in this months newsletter, and repeated as often ore more than any other single doctrine in the Church (in my experience). The Church office building, the leaders, chapels, PR spokespeople, the magazines, the Mormon messages, trademarks, and corporate entity are not the same thing as the Gospel.  The distinction is being lost.  They are no storm shelter in my view.  And they are certainly not the same thing as the Kingdom of God.  Thank goodness the Kingdom of God is not a corporation that can be sued and is subject to all sorts of pressures of this fallen world.

The kingdom of God is not run by business men and does not have a "for profit" arm that builds billion dollar shopping malls and offers zero transparency to those who donate faithfully.  Frankly I think we should step away from those things.  The scriptures say as much because those things are Babylon, and scriptures teach to flee Babylon.  Zions bank in no way gets us closer to Zion does it?  Or is that bank more Zion-like due to it's name?  And why does the church have a PR spokesperson anyway?  Isn't a prophet a spokesman?  I never sustained a spokesmen for the spokesmen.  Would the PR spokesmen's words be considered God's word since he's speaking for God's church?  I digress....

The official Guide to the Scriptures says "The LDS church is the Kingdom of God on the earth" and cites D&C 65 as it's source.  The last century of Church leaders were raised with this idea as true beyond question.  So it just gets repeated, and repeated enough that now it's accepted as common sense.  The next generation of leaders is also carrying this tradition on in all the manuals.  Although the idea has spread far and wide, the scriptural evidence for it is non existent. Read D&C 65 yourself and see if you think the scripture equates the LDS church with the Kingdom of God.  It simply doesn't.  The only other evidence for the belief is, well, tradition.  Stuff like that, and "the prophet/Church can't lead you astray" and dwindling educational material are forming a machine churning out members who are scripturally illiterate, who do not even claim to understand any Church's history, and who are taught by their leaders to make an oath like covenant to sustain (follow) the current Church's President (Elder Nelson Oct Conference 2014).  Dr. Seuss had a fitting story that I'm reminded of:


And he said, “You want stars like a Star-Belly Sneetch?


My friends, you can have them for three dollars each!”


“Just pay me your money and hop right aboard!”


So they clambered inside. Then the big machine roared.


And it bopped them about. But the thing really worked!


When the Plain-Belly Sneetches popped out, they had stars!

They actually did. They had stars upon thars! Then they yelled at the ones who had stars at the start,
“We’re still the best Sneetches and they are the worst.

Is unity really unity if it's only skin deep and only due to the corporate structure?  That has the appearance of unity but is it?