It’s been a memorable past 2 days in the news.  Washington has it's own problems with President Trump and the impeachment.  But in addition the Washington Post had an article reporting on allegations the Mormon Church has stockpiled $100 Billion dollars in an investment account and misled members about how funds are stored, invested, and used.  This fund is said to be comprised of excess funds, including tithes that have accumulation beyond operating expenses.

Whether something illegal has happened is disputed but something not in dispute is the fact that there is somewhere between $99 and $101 Billion sitting in just one Church owned account. And no one is disputing that it's comprised of excess beyond operating expenses.  In the Church owned Deseret News one article  opined: "Thank Goodness" with regard to this enormous fund.  They went on to say they believe even more people should hear about how the Church practices what it preaches with regard to saving for a rainy day.

What gives me pause is just how many people are in disagreement as to whether the financial situation of the LDS Church represents wickedness or wisdom.  Because it can't be both.

The scriptures say this about judging between good and evil:

But when facts about Church finances, sex scandals, and policy contradictions come forward, it seems the discerning between daylight and dark night is more like sustained twilight.  How should we go about viewing all this?  What do we make of this?

What the IRS chooses to do based on the whistle blower report one is something few, if any of us, will ever hear about or be able to find out about.  But what we are ALL hearing about is people's opinion on the matter.

I've been surprised at just how many people’s moral compasses are pointing in differing directions on this topic. Below is a bullet recap of the two main points of view. The goal here is not to take a side. This is to show the widespread disagreement on whether the predominant religion in Utah is behaving wickedly or behaving wisely with it's finances.

Representing those who see just one account with $100 B in stockpiled funds as wicked (this is just a recap): 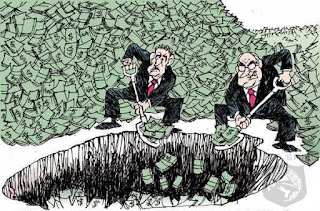 -Stockpiling that amount of money is rightly called hoarding.  When you could have helped countless people in dire need without even causing a dent in the reserve it is not only unchristian and negligent, but corrupt and evidence of wickedness. It robs the poor as Mormon scriptures say latter day churches will do.

-Recently the Church INCREASED the cost for missionaries, why? Why raise costs when the entire organization could continue to operate without any future donations, ever?

-Local Wards often ask for additional donations to support local youth activities such as camps to "offset the cost".  This is difficult to reconcile when we learn of the surprising stockpiles of cash well in excess of decades upon decades of operating expenses, which expenses could be covered by the interest alone on the 100B without spending any of it.

-Members are asked to donate tithing before buying food or other necessities. Is this really the correct application of tithing for poor people while the Church sits on one of the largest stockpiles of religious cash in existence?  When a member asks for help the standard policies in the handbook are for members to first go to their family for help, and or the government, and then the Church will help.

-Elder Anderson in speaking (I had to use an archived link as the live link was pulled down by the Church) to the Zimbabwe president is quoted in the Church news as saying “We are not a wealthy people but we are good people, and we share what we have,” Clearly he is uninformed about the 100 B stockpile, or being dishonest . The Mormons are among the most wealthy religions in America. Estimates put total value upwards of 1 Trillion.

-Documented evidence exists that excess tithing money was used to help build the City Creek Shopping Center when leaders flat out said, affirmed, and reaffirmed the opposite. When religion becomes rich and powerful, and has amassed enormous wealth, controlled by only a few, this is one well documented historical indicator of corruption.

-Why does a Church carrying Christ's name and purporting Christ's authority deliberately conceal their finances? From the very people who donate? Why not open the books and let the world see?  Would not facts speak for themselves?  What scriptural justification is there for avoiding financial transparency?

-This 100B topic displays the belief that you can "buy anything in this world with money".  Why would this fund suddenly open it's floodgates to the world at a future rainy day when there are millions suffering now who this fund is not being used to help?  Some even say they lack the infrastructure to spend this amount of money, so how then will it ever get spent?

-In most End Time scenarios this fund is said to be in reserve for would likely be scenarios where currency has lost its value anyway.   The public rightly deserves an explanation as to why these astronomical quantities of excess donations sit, meanwhile real people, in real places receive none of it.  Nor is any accounting provided for it.

-Money (especially of this magnitude), hidden from the public, never voted on or sustained by the scriptural required common consent of the members, and shielded with layers of secrecy and legalities is contrary to numerous scriptures and what they teach we should do with donations and the yield on them.

-This fund shows the leaders prioritize money (to mind stretching proportions) to a much higher degree than Gospel obligations to the poor and needy. Surly if The Second Coming is close at hand this will likely bring God’s wrath rather than pleasure.

James 5:1-3: Come now, you rich men, weep and howl for your miseries that shall come upon you. Your riches are corrupted and your garments are moth-eaten. Your gold and silver is cankered, and the rust of them shall be a witness against you, and shall eat your flesh like fire. You have heaped treasure together for the last days.

On the other hand.  Representing those who see an account with $100 B in stockpiled funds as wise. (again just a recap): 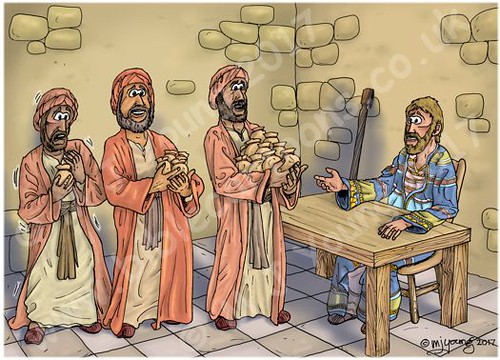 (Matthew 25:21: His lord said unto him, Well done, thou good and faithful servant: thou hast been faithful over a few things, I will make thee ruler over many things: enter thou into the joy of thy lord.)

-These actions are following the example of the parable of the talents in the New Testament by investing funds to bring a return. It’s doctrinal, and a sound principle supported and taught by Christ. The First Presidency has affirmed this.

-This is an example to governments, businesses, and civic leaders of how to manage a budget, not overspend, and successfully preparing for the future.  It should be celebrated and held up as an example.

-Nothing illegal has happened, experts on tax law say no violations have occurred. It’s perfectly legal for the Church to accumulate these funds tax free.  Most tax experts weighing in on the matter are agreeing the IRS won't even do anything about the whistle-blower's allegations.

-The Church practices what it preaches and is preparing for the Second Coming even if no one else will.

-The infrastructure that would be required to spend this amount of money is not even something the Church is set up to do.  Throwing money at people doesn't solve all the problems, the Church is rightly storing this for when it will do the most good.

-These whistle blowers are just Satan attacking the Church and providing the opposition we've all been warned would come in our day.

-I’m proud to belong to a Church that is so successful and who is clearly receiving God’s favor in its financial practices. God is surely extending this providence to help his church for difficult days ahead.

-Whistle-blowers such as this are trying to get a cut of the money, they are disgruntled former members and former employees who have an agenda to paint the Church and anything they can find in a bad light. Their motives are easy to see and thus not worth giving any heed to.

-President Nelson is a Prophet of God and so we can be confident that the decisions that are happening behind the scenes and the accumulation of wealth is divinely directed. To say otherwise is to lack faith in the Church leadership and God’s direction. It’s faithless.  We need to trust they know more than we do.

-To see just how far the Church has come financially from its destitute moments in decades past is a testament to living righteously and following biblical principles. The amassed wealth is simply the result of wisdom applied over time with diligence.

-The Church does enormous good and has provided billions (not to mention all the money they don’t talk about) to help the poor in numerous countries regardless of religious affiliation.  This $100 billion story circulating in the news is simply a distraction to weaken those who lack faith.

It's easy to look at history with hundreds or even thousands of years of hindsight and clearly and confidently identify who and what was right and who and what was wrong.  Given the differing views in our day surrounding religious issues, it goes to show how much more difficult it is to see clearly when you are living inside it.  The scriptures interestingly don't have the same difficulty putting things in the proper light and context to see clearly.   There's a great post over at Sweet Dreams blog that puts forward the idea that these recent articles about Church finances are a blessing.  That it's God reaching out to us.  I concur with those thoughts. Worth a read.  Here.
Posted by Taylor at 12/18/2019 No comments:

I wrote up some research and thoughts about religion, churches, tithing, and what it means to give tithes to the Church.  All the footnotes make a blogpost a difficult format for this so I made it a PDF.  Link.
Posted by Taylor at 12/17/2019 No comments: