I believe this was quoted by Elder Oaks.

It's interesting how "stuff" will satisfy for a minute but then it either wears out, breaks, becomes obsolete, is replaced by newer technology, or simply stops being as satisfying as it once was. One lyric by the Christian band Tenth Avenue North refers to "Chasing lovers that won't satisfy".  People so often go chasing after things that in the end only leave one wanting. There is a time and place for those temporal things. But certainly the divine should be in our hearts.

2 Ne. 9: 51 Wherefore, do not spend money for that which is of no worth, nor your labor for that which cannot satisfy. Hearken diligently unto me, and remember the words which I have spoken; and come unto the Holy One of Israel, and feast upon that which perisheth not, neither can be corrupted, and let your soul delight in fatness.

The right way or the highway 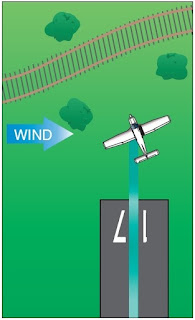 This thing called wind correction angle in my pilot class the other day caught my eye. Sometimes when your flying there will be wind. The wind will blow you off course. But if you point the nose of the aircraft into the wind, (which oddly seems like it's pointing you away from where you wanted to go) you will actually be flying on a straight path on the ground. The difference between where your nose is pointed and the true course is the correction angle.

Some fun connections that came to mind: Following God, looking to the Lord, pointing our hearts and minds heavenward and following the instructions given may be viewed many different ways by others. Like your not pointed in the right direction according to other observers. Some may point a finger and mock your strange looking navigation. But if you follow the ground track, it actually lead you right where you wanted to go. You can't see the wind but if you follow the truth, your personal revelation, and heed light and truth regardless of who speaks it, you will be on course even though it may look wrong to other people. In fact being misaligned with the world or at odds with it can be a very good sign. The Holy Ghost leads a person to all truth according to Moroni. Pretty desirable destination if you ask me.

Here's a quote I loved by my friend Denver:

"Your individual path back to God will begin with following the teachings of The Church of Jesus Christ of Latter-day Saints. At some point, however, you will find that individual service and obedience to God's will for you will create disharmony between you and others. Can't be avoided. If you're following Christ, you will find the same things He found. Helping someone in need will take you away from Church meetings on occasion. You can't make a list and keep it, because as soon as you do the list will interfere with loving God and loving your fellow man.

So the whole matter can be reduced to this: Follow Christ, receive the ordinances, accept the Holy Ghost, who will teach you all things you must do. Any list beyond that will inevitably result in conflicts and contradictions. "
Posted by Taylor at 5/16/2010 1 comment:

Communication with the Tower 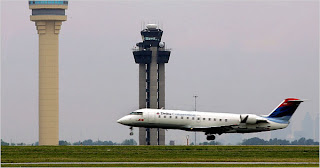 This post is going to be a fun one. I'm trying something new so I may not be very good at it. I'm going to use words from my profession, but I'm talking about a different topic.

In flight, weight, lift, thrust and drag are all opposing forces. The weight of the plane, the lift from the wings, thrust from the engine, and drag from a surface passing through the air. Yet together they make it so you can fly. A good pilot feels at one with his plane. They move as one. A good controller knows the airspace, the course, the Key words, signs, landmarks, the environment and tools to navigate through time, space and distance to the final destination.

Over the radio you can't see the person your talking to (unless you go see them). If you don't listen you'll likely end up in disaster and assuredly astray. When your ID is read, you know the instruction is to you. You can often hear instructions given to others but they are not addressed to you. For you to navigate successfully you need to receive, and follow the messages that are to you.

A procedure, clearance, directions, information etc are given over the radio verbally, through light signals, or hand gestures. The pilot then reads back (or signals back) the message to verify understanding, which he then implements in flight. The key words are designed to trigger thoughts, actions, and a entire framework of understanding inside both the pilot and controller on the other end.

There are times when a pilot will be in a "holding pattern" A pattern of circling around a fix, it's in a section of airspace that is safe and acceptable until further instructions are received. Running out of gas circling however is a concern.

At the airport the arrival and departure both have a "gate". Interesting word. At the airport there is an employee there. In the Gospel, Christ is the keeper of the gate, and He does not employ a servant there. (2 Ne. 9: 41) What good news, the Lord is not distant and personally ministers. Therefore we should be following and looking to God, and expect the Lord to do and be where promised. Scripture tell us in Gods presence we can see as we are seen, and know as we are known, having received of God. How inspiring. How enjoyable it would then be to converse with, receive and follow.

It is only through the Lord, that one has access. To whom else then would we go given He has the truth? Him who knows the course, knows the errant paths, incorrect choices, wrong directions, endless holding patterns, and adverse weather. He knows just what to say, do and become. He knows the way back, knows what direction to point which will compensate for adverse storms. Having made the course, and experienced unjustly all the errors and sins, He is the only one who knows enough, is trustworthy, worthy and faithful to call your name, and guide you home, to both see and know.

We should communicate with Him, receive and follow the instructions and experience the joy of the Lord.

There are a lot of emotional stories. Emotional appeal. Tears, and feelings tugging at the heart. Sometimes having to do with some kind of disability. Obviously the Gospel is going to apply to people who run the spectrum of emotions and the spectrum of life experiences. But using emotional appeal to illustrate or teach the Gospel doesn't sound right.

I read very few emotionally based stories in scriptures. There are emotions involved no doubt, but it almost distracts from the teaching when emotion is so strong. Seems like there is a pattern of less true solid doctrine taught, and more feelings/storytelling. Less bottom of the line truth, truth that saves, fundamental true doctrine that you can chew on for a few days. Something you have to ponder on to understand fully. Something with substance that changes you when you hear it. Something that motivates and is "meat" for the soul. Strangely the manuals at church are getting smaller.

An emotional story about overcoming is fine. Inspiring perhaps, but if all it provided was a temporary emotional surge of good feelings or a few tears, chances are that "inspiring" story doesn't result in any change of behavior. Christ brought much more to earth than emotional stories. Doctrine and truth changes people. You know it when you hear it. In the Restored Gospel of Jesus Christ a "Mormom Message" seems would be leaps and bounds above "Chicken Soup for the Soul with a sprinkle of mormonism." My hope is to see more true doctrine that is unique from basic everyday religions commonalities.

One of my favorite authors coined this phrase "Genius Failure Paradox"

He used it in context of dating, social skills, and communication.

The paradox happens when very smart people fail because they are so smart. And most of us think of ourselves as smarter than average so this might apply to a lot of people. :)

The "genius" within prevents a smart person from seeing things differently or in any other way than the way they already see it, because of course they think they are right. This in many cases directly causes failure. For example someone who has an exceptionally high IQ but can't get a date for the life of them.  They are "right" about how wrong the girls are for example, or how messed up the dating scene is in our day and age.  He's essentially so right, he's stupid.

The author posed this question:

If you were going to be walking across Africa on foot, would you rather have your guide be the guy on this planet with the highest I.Q., or a caveman who lived a million years ago that had an I.Q. of about 50?

The question then becomes who grew up being chased by lions and all kinds of animals that wanted to eat him all his life?  Who then do you want to learn from?  Someone dumber than you?  Or someone smarter?

Knowing it's ok to be a beginner at something new, or learn from someone who may appear less intelligent is a door to whole new skills, and arenas of life. It could mean the difference between success and failure in some area that is very important. The good news is being willing, or teachable as Christ put it, and taking this route leads to further success, light, and knowledge.  Be a beginner for crying out loud, it may mean the difference between success and failure.

Hard to teach and old dog new tricks. This gives new understanding to Christs words "Become as a little child".