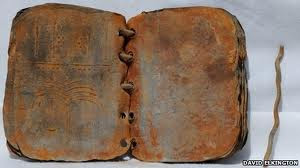 I've been thinking a lot about the scriptures and want to do more about what message they contain.

These next few posts will be just what thoughts, ideas, and questions come to me as I read the verses of Words of Mormon. I've been taught it's best to study one verse at a time, so I'll use what I've been taught.

Words of Mormon vs 1. "And now I, Mormon, being about to deliver up the record which I have been making, into the hands of my son Moroni, behold, I have witnessed almost all the destruction of my people, the Nephites."

Verse begins by talking about the preservation of what matters, records. Sacred records being delivered into someones "hands". That's a neat thought. Why into his hands? Why not into his "care"? Was there more to this transfer of records than merely some family member to provide a storage unit? Does Moroni now receive and hold with him sacred knowledge? I think he does.  Is he now becoming a vessel of truth and light? I think so.  Are there keys or sacred knowledge that we can receive into our hands as well by listening to what this prophet is trying to deliver?   I think maybe he is trying to tell us something.  Something that relates to the Temple.

I don't know how many times I've passed right over those words and not even given them a second though. You don't deliver just anything into someones hands and write about it in scripture when it has no meaning. (T.O. Taylor's Opinion)

Would the record that Mormon is making be considered a sacred record?  Or just a record?  Mormon indicates this record was to be passed down, it was to be kept, it had to be etched into metal plates, it needed to be preserved and the content not lost. The commission came from the Lord thus the record is sacred. Makes me wonder now days what do we pass down? Do each of us have a "sacred" record that we want passed down to our posterity? If our record isn't all that sacred then can we follow and heed the teachings of these prophets and change that? Could it be part of receiving the record into "our" hands? That's the whole reason they wrote and preserved the content, it's for the benefit of others.

Truth endures, if our own record contains truth it will endure.  Despite all the opposition Mormon's record has endured.  Having to cram teachings into as short a sentience as possible then etch it onto plates makes it so each word was probably carefully chosen.

The verse then talks about destruction. Preservation and destruction all in the same verse. Why would his mind go from preservation of that which is sacred to destruction? Do we get destroyed when we don't preserve whats important?  I think perhaps.  I think if we don't do something to preserve sacred things, teachings, and commandments destruction is what follows.

From reading the Book of Mormon, destruction seems to always be among the messages included in sacred writings. It seems to be a prophet's lot in life to witness destruction around them. I don't read of many that don't see a whole bunch of destruction. Destruction is always happening, our world is subject to entropy.... but having that prophetic holy calling I think causes things to be seen for what they really are, which includes the eroding and decay of truth.  That's the kind that seems to pain the scripture authors.

How sad it must be to witness destruction of people you love. Mormon says he has had to be witness almost the entire destruction of his own people. He calls them "my people". He saw them as His (dual meaning with capital "H" intended), he had some responsibility towards them. His calling from God included a stewardship to love and minister to people who may or may not accept it. He became involved in Gods work and glory. He likely linked the preservation of records to the preservation of peoples souls.

I like how he calls them: "my people".  Mormon's calling to me doesn't look very much like what we do now days with callings. Callings now days come from the ward leaders and are limited to a outlined number of available positions depending on geographic boundaries.  I think Mormon's charity had grown to encompasses all mankind.  Moroni's calling had little to do with an institution, or formal organization, yet his holy calling and view of people to me looks like it aligned with Gods.