What's in a name 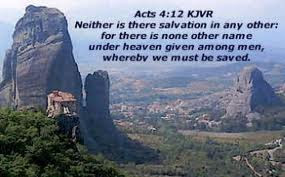 Tonight I had an unexpected chance to talk to the producer of "Mormon Messages". There is a team that develops them and I happened to have a surprising dinner conversation with one of the main producers.

We talked about just how many views or hits each little movie clip gets..... It was some number in the millions which was too high to remember. We talked about the process and how they go about developing the messages. She shared how they all go through an approval process, Elder Bednar is the one who approves them, and if a particular General Authority is shown or cited in the clip then the "message" will need to have approval by that particular person.

I asked the producer if there was any talk amongst the church departments, or mormon message team and producers to alter the name they use or bring about any changes due to Elder Packers remarks. To my surprise the producer wasn't even aware of this particular comment by Elder Packer and was not aware of any coming changes or talk in the department that anyone had heard Elder packer's address.

Instead I learned about how a few years ago there was a decision to fully embrace the title "mormon" for our church members since it was so widely accepted. I suppose they are too far into the name and the big Mormon media campaigns that it would need a total revamp if they were to align the names and titles with Elder Packer's remarks. But since those in charge of these media department either didn't notice, didn't hear the message, or are choosing to instead go with the prior decision to embrace the title Mormon I suppose things will remain how they are. That in and of its self is something to think about.

I gathered from the conversation that the Mormon Messages are quite successful and there are no planned changes coming to their focus, name, or direction. There are some coming messages that I think will be quite emotionally touching.
Posted by Taylor at 5/01/2011