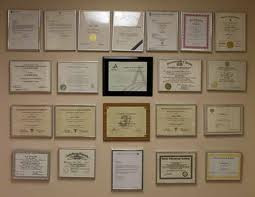 At BYU devotionals, the speakers have their credentials read before beginning their talk. I can see that BYU is an educational institution and this may be appropriate given the setting. At many settings this is appropriate.

What strikes me as interesting is when a religious and spiritual natured devotional follows the same pattern as a worldly meeting. This also happens at stake conference, and announcing new Mission Presidents, which is clearly a non academic context.  I sometimes wonder about our conferences being too much like every other meeting in the world. They list off church callings as though it were part of a resume.  As though succeeding in one of the "lower" callings like Bishop successfully will allow you to be promoted to Stake President... or so the thinking goes.  Mormon resumes are filled with plenty of callings, a mission or two, and other religious credentials. Previous callings I don't think should be used to build people up for credibility. I don't know why they do this.  Just let the guy talk.  If the Spirit is present, great.  If not, well then we've all had the chance to discern.  I bet the speaker is sometimes embarrassed because he/she just wants to deliver a thought-out prayerful, sincere message of truth rather than have their religious credentials read to make them look important.

An introduction is sometimes nice, so as to know at least who it is that is talking.  Don't get me wrong.  But some go way way beyond introducing the person, it's a list of qualifications that by comparison makes others look much less qualified for the Spirit.  Sometimes the list of credentials and church callings is long and impressive. It could almost "add" to the spirituality of the message when someone's resume is so filled with high status positions in and out of church and educational advancements and achievements.  As if the Spirit were impressed by those things....     Interesting that the scriptures say that out of the mouth of babes the wise ones will be confounded.

I think correlating someone's message as "better" or to be given more heed due to their worldly credentials is a mistake.  Speaking by the power of the Holy Spirit requires no degree this world confers. But when we read all these special and fantastic credentials of a speaker we may have a tendency to think they are more spiritual or are speaking more truth due to the list of qualifications. They themselves may think that too. (See the upcoming reference) And some of them may speak by the power of the Holy Ghost, we do know that being learned is good if the person harkens to the counsel of God (2 Nephi 9:28-29).

So what's the difference between someone educated, who thinks they are wise, and someone educated but that harkens to the counsel of God as Nephi said? Attributing God's approval based on their credentials is obviously false.  Christ wasn't one of the "Chief Priests" of his day.  So by a credentialed standpoint he didn't have any credentials.

I'm reminded of Joseph Smith. A 14yr old with little worldly education. In our day we almost want that to be a thing of the past so we can put our trust in leaders who have ample academic and worldly training. They are so much easier to trust and rely on with those things. Given credentials surly they MUST be speaking by the power of God, right? I mean why else would we cite all their qualifications at stake conference?  Isn't the Spirit enough?
Posted by Taylor at 5/18/2011