Initiation - The boy must die 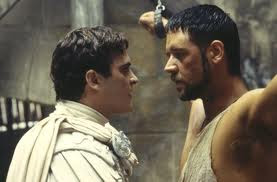 One topic that fascinated me from some of my communication classes and related studies during college was this topic of initiation. According to social research, and just some common sense, every culture that has existed for any length of time has had initiation rituals. Often some sort of ritual for boys to become men. It seems as though it's an inherent rite of passage that has always called for some sort of outward ritual of sorts.  It seems built into our DNA.

Indian tribes had some really interesting initiation rituals. The chief and elders of the tribe watch the young boys carefully for the right moment. When the boy approaches the proper age, and the moment arrives, then the initiation begins. In one recounting, there's the story of how boys who arrived at this point were brought in front of the Chief and he would pronounce: "The boy must die".

Death must be faced, (at least in the minds of the boys), removal from a mother figure needs to happen, and distance from other nurturing influences. The process has begun and would include things like 'spiritual' experiences that were induced with hallucinogenic drugs, breathing in the smoke would give the individual a "elevated view" of life and his mortality. A new perspective. It usually also involved feats of bravery, or endurance, sometimes endurance of physical pain requiring stoic composure. Then there is the all important ceremony. But first: "The boy must die".   There is more to that phrase.  Upon completing the initiation the rest of the phrase is: "So that the man can live" But the second half is withheld from the initiate until he has passed and is ready to see it. But when he does, it's because he is a man. The transformation has begun.  In these cultures after the initiation the boys are then returned to their families no longer as boys, but with a new rank in the tribe. The wise men of the tribe then shared the "secrets and mysteries of life" the newly introduced male was then allowed to marry and the roles and functions were now as a man with increasing roles as maturity developed. Anyone who has seen the movie Avatar will recognize the same universal truths of initiation. I'm not making this stuff up, it's existed in all cultures in some form.

The question that comes up is what happens if a boy physically grows up, but never becomes a man? The Missing manhood is what some call it. Does this happen now days? I think these ancient rituals were designed to trigger innate and deep wiring inside the psyche that caused the transition into maturity to happen. So what happens if a technologically advanced culture looses these ideas? Looses the rites of passage? What if it's replaced by cyber personalities, mindless music, mentalities to do, wear, believe, whatever the hell you want in the name of self expression? What if there never really was a father figure around to teach his son? What then? Does the most well intentioned mother in the world have the tools to teach a boy how to be a man? This happens sometimes by no fault of any of the participants. I think another great reason the Church is key is because it provides male leaders, mentors, and figure to aid and help out when there is a need for a boy to become a man. That's another point on the scoreboard for organized religion.

Our culture now days seems to lack initiation rituals.  We are the lesser for it. I  mean there are initiations of sorts, college fraternities, the military. As a kid me and my guy friends instinctively held mini initiations to gain entrance into our dirt bike club, our tree house club, or whatever private group we happened to be creating at the time. Some test had to be passed to gain entrance. Becoming "blood brothers" was an instinctual thought that occurred to us. This stuff is inborn and there are threads floating around every culture. For Mormons I think a mission is a type of initiation for boys to become men. They leave their family, they are provided with spiritual insight, learning, and an ordinance literally called "Initiatory". They are paired with other men and given a task to perform that involves them being leaders and teaching higher principles to others. I think sometimes it works, and sometimes it does not. If the environment is too controlled or there is no "de-briefing" afterwords, some of the initiation value is lost. So there are some obvious problems if a boy's body matures but the person inside does not. What effect do you think that would have on the persons dating life? Think about that for a minute. What would be different about his attitude, confidence level, and general appeal to others before vs after? Now this REALLY starting to get interesting. What effect does it have on his job/career?

The picture I put at the beginning of this blog post I thought was especially appropriate. It's from the movie Gladiator. Maximus (on the right) is chained up, the emperor Commodus is on the left.  One acts the role of initiated male, the other acts like a little power hungry boy in a grown mans body. He has a look on his face that he deep down knows Maximus has something he lacks. His manhood, and true inner character. The emperor is jealous of it and wants it so bad he will do anything to get it, kill anyone, sink to any low or use any amount of money or bribery. Yet it cannot be gained that way. He tries to compensate with his fine clothing, and status in the government. Although Maximus is chained up, wearing clothes of a slave, the look on his face and his presence shows he is without a doubt the more powerful one, the boy has died, and the man is alive. Maximus has a family, the emperor in contrast has some sort of twisted incestuous dysfunctional relationship with his sister. One has become a powerful man, the other is still playing little boy games, trying to manipulate, uses fear to get power, and get what he wants by whining or being a tyrant.

Initiations are part of the Gospel too.  To the initiated, the scriptures say different things.  The message is different.

I think following the Gospel personally, not as just a member of a mainstream church, will provide all the experiences God sees are necessary for that individual. It's deeply personal between a person and true and living God. Initiations are common place in religious texts, and spiritual messages of many faiths including my own. Whatever a person lacks, I think he will find in living what Jesus teaches, taught, and still teaches Himself, by His spirit, in the scriptures, or through His messengers. When done correctly it produces an initiated individual.

Now I don't think this all happens in an instant, maturity develops, but entrance onto the path is marked and clear and there is NO turning back. The butterfly cannot decide life is too hard and crawl back into his caterpillar body. Mother nature shows the truth of the principle that when you begin, you cannot go back, you must press on. But first, begin.
Posted by Taylor at 8/30/2010