The Temple and Revelation 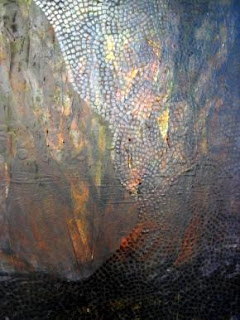 Corinthians 13:12 says: For now we see through a glass, darkly; but then face to face: now I know in part; but then shall I know even as also I am known.
The next excerpt is from a chapter called "The Temple as a tool". I had no idea what that meant for a long time after first reading those words, but I tried an experiment which worked and now I understand much better what it means.

Here is the passage: "The temple rites are intended themselves to be a revelation. They reveal much about God if you are willing to receive it. You first see things through the eyes of faith before seeing the things themselves. In the temple you are permitted the opportunity of seeing, if you have the eyes of faith, the deepest things of God. They are presented before your mind as if seeing the visions of heaven themselves. Receive them as you would receive a visitation from God Himself. Then, when you have the eyes to see these things through faith, you are finally read to receive The Second Comforter and the comfort coming from that experience; which will leave you with a calmness and indescribably peacefulness. "Therefore, sanctify yourselves that your minds become single to God, and the days will come that you shall see him,; for he will unveil his face unto you, and it shall be in his own time, and in his own way, and according to his own will." (D&C 88:68.)"

And then a few paragraphs later is this:

"Use the temple to cleanse yourself. Use the Temple's rites to separate yourself from the world. Make yourself "sacred space" which is set apart form the word, behind a veil, where the Spirit of the Lord is unrestrained. These rites apply the power of the Atonement of Jesus Christ to cleanse, purify, wash, anoint, clothe, and endow you with power. Accept them in faith, nothing doubting, and realize the "power of godliness" can and will be manifested to you through them." (The Second Comforter p381-382)

The temple can be seen in so many different lights. I've tried quite a few and they have very different effects. But many of them lead to one general thing, and that is me not going or believing in it. As I've attempted to see it in the right light I've found a huge variety of alternate ways get presented. Some good, some kind of good, some pretty general in view that most people I know would share, and some views cast the place in a light that surly will not uplift anyone. Some cast it in a light that only increases doubt and fear. Some of the points of view have merit, although negative, it's reasonable to come across such a perspective. For me such views although interesting do not increase the light I am able to receive from God.

For me, looking back at just how diverse many thing can appear, it's clear that how something appears may not be how things really are. The way we look at it may be through a glass darkly, but would look very different in the true Light. As this letter to the Corinthians put it: "Face to Face" a person shall know even as they are known. I think the Temple invites us through symbols to have just such an experience. To truly "see" clearly, not as though through a darkened glass.

Redeeming the dead, a house of learning, a house of prayer, I think takes on an entirely different light once the individual them self has been redeemed. They can see and know clearly.
Posted by Taylor at 7/02/2011