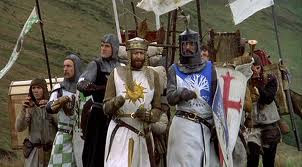 I was reading today about Milgram's psychology studies from a book titled "The Psychology of Influence". It was a whole series of studies with a wide cross section of the population.  One in particular caught my attention.  None of the people in the experiment prior to the experiment showed any signs of psychological ill health.

A local newspaper advertised a psychology study at a local University that would test memory. Upon arrival two participants were told by the Lab-coated instructor that it was a "memory study". They were given lists of words to memorize which would need to be repeated as accurately as possible. It wasn't really a memory test, they were actually testing for something else. The actual test was how far someone would go, and the amount of pain someone would inflict on another when told to by an "authority" figure. One participant would shock the other participant(who was really an actor pretending to be shocked) when they had a wrong answer to the memory test questions. It Started small, and the instructor beforehand told them that although there would be shocks administered there would be no permanent damage. This put their minds at ease. The severity of the shock would get worse each shock however. At some point they would get so bad with each progressing wrong answer that the participant(actor) would scream and beg to be released, and at some point go into a paralysis. But if the instructor told the deliverer of the shocks to continue delivering shocks the participant would. The amount of participants who would blindly go along with it was staggering. Something like 85%.

The conclusion of this series of tests was that participants would opt to obey authority rather than stop shocking an innocent person who was begging to be released. Interestingly the participants themselves would actually beg the instructor to let them stop administering the shocks for wrong answers, or failure to respond, but the instructor instructed to proceed and so they would.

This begs the question of why would any coherent adult do this. It got to the point that they could visually see the other participant convulsing in pain (or what the one participant thought was an actual shock). Even with screams, kicks, begs and pleas they still obeyed the instructor and gave the punishment. Other tests revealed even more curious information. The same test was conducted but with a non lab-coated less "authority" figure instructor giving the instructions. This had very different results. People began using their brains and all participants stopped the shocks almost immediately upon recognizing there was discomfort for the other person.

After dealing with the above experiments the author says this: "This paradox is, of course, the same one that attends all major weapons of influence. In this instance, once we realize that obedience to authority is mostly rewarding, it is easy to allow ourselves the convenience of automatic obedience. The simultaneous blessing and bane of such blind obedience is its mechanical character. We don't have to think; therefore, we don't. Although such mindless obedience leads us to appropriate action in the great majority of cases, there will be conspicuous exceptions-- because we are reacting rather than thinking.

Automatic obedience...... it's automatic so you have to become aware of when your doing it.  Albert Einstein said it really well:  “Unthinking respect for authority is the greatest enemy of truth."
Speaking of power, and how we sometimes automatically respond to people in authority. This all reminds me of the most, or one of the most horrific aviation accidents in history. The Tenerife disaster occurred on March 27, 1977, when two Boeing 747 passenger aircraft collided on the runway of Los Rodeos Airport (now known as Tenerife North Airport) on the Spanish island of Tenerife, one of the Canary Islands. With a total of 583 fatalities, the crash is the deadliest accident in aviation history. On a fogged in runway a KLM flight took off without a takeoff clearance and the crew of the flight knew what was happening. The first office spoke up but it was too little too late. The captain of the plane at the time was unquestionably seen as the authority and no one was to question him or doubt his action and decision.

There were other factors involved in this accident but one of the main ones was obeying authority when you shouldn't. It lead to a industry wide change in "authority" dynamic of the cockpit and has changed the industry and what crew members are expected to do and say independent of previous views on how the authority was to be obeyed without question.

Think of this concept of automatic obedience to authority in context of religion.  How might we commit religious malpractice?