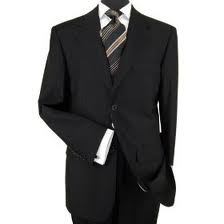 Sometimes while working at the medical clinic some of the hospital administrators, their family or high up executives, or some other VIP will come in for an office visit. I'm usually unaware of their status or position in the organization so it doesn't occur to me to treat them much different than any other patient.  Which of course we all try to do with a smile and a level of professionalism. Often my coworkers or the doctors will at some point tell me who the person is I'm working with (or more correctly inform me of their title)..... almost to imply that extra care should be taken to treat them well and not make mistakes.

They often carry a sense of "authority" and "power" due to their position in the hospital management.  However often I don't notice it until someone informs me of their title.  But after that it's noticeable that their position gives them authority in everyone's mind. Our minds assume that they "must" be legit or else they would never have arrived to have such a title. Normally it takes years of work and training to acquire a title, so our minds tend to take a shortcut and presume a list of things about them. And where I work I haven't seen a whole lot of problems with this mental shortcut.  But it doesn't always hold true.

Speaking of a related authority topic in the medical field.... I see commercials where an actor who plays a doctor in another popular TV series is now in a commercial for some medical pill or medical idea. How crazy is this? The industry has reason to believe we will be persuaded by the symbol of a doctor whom we KNOW is not a doctor. It would be like the main character of the TV series "Scrubs" in a commercial for some pharmaceutical drug. An actor, who plays a doctor, but who has been to nothing like medical school. So it's possible to portray "authority" by a mere symbol without providing the substance underneath.  The bigger and more influential the organization, the more effect this phenomenon of authority has. The bigger the TV screen on which you see someone speak, the more authority they seem to start to take on.

It's not the mental shortcut that to me is the main problem, it's when we apply it to our faith and religion.  The mental script goes something like: Position and Status or a PhD = Authority. And with that usually comes the simultaneous creation of the opposite, "No status or position = No authority. But this clearly is not always accurate in matters of faith and character.

So what happens if the kind of experience I described in the medical clinic permeates a church or religion? In a church there is a hierarchy, and this may result in a double form of authority because now an institutional position and title, along with "a call from God", are combined.  In the past Prophets didn't always have to deal with this dilemma, but in our day this is something we need to think about.  The authority of a prophet of God and a CEO's authority are very different.  In the LDS church we deal with this dilemma.  No amount of  institutional authority, or political, or business authority can add up to divine authority.  But we can so very very easily forget that we are called upon to follow the Spirit and discern the two.

Simply following a person because of their title is condemned in the Scriptures.  Christ is the true authority, and we are invited to come to Him not get sidetracked by representatives, or mouthpieces.

"A righteous priesthood leader always strives to lead people to Christ and never to look to himself as a source of truth. Beware of anyone who might block the way to Christ, by teaching that the people need to go through himself or other leaders to get to Christ. We need to establish that direct link to Christ by direct communication with Him through personal revelation, the rock upon which our own personal salvation is built."