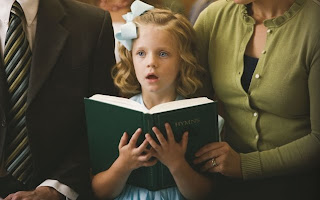 Something that catches my eye from Church history is the fact that some -and in the early days MANY  changes came as a result of inquiring of God on some issue.  As was the case of much of what Joseph Smith learned by revelation. Now days things change but I hear of no revelation, they are more of policy changes that some even presume are a revelation.  Sometimes a revelation is claimed but I have have never found how how to actually read the revelation.  As the institution to which I pay tithes, I feel it within my appropriate bounds to ask to see or at least occasionally be able to read the modern revelation that is claimed.  Feelings and a committee's decision are not revelation.  I read Joseph's revelations, they inspire me.  However I can't find any nowadays.

Sometimes it's good to ask tough questions.  I wonder if some changes at Church don't occur simply because no one asks. Or if we don't even consider the possibility that we are not acting correctly.  I've tried this personally and while difficult it has resulted in a total change of mindset for me.  What if we've fallen asleep to something, what if we are in a trance just doing what we are told? What if we are so afraid of an answer that implies our failure that we don't dare ask the question?  What if the answer required a foundational change? We'd almost shy away from asking it wouldn't we?  I've asked some of these kinds of questions and while not always flattering, it has been very beneficial.  Sometimes we don't even consider that "all the churches are wrong" as Joseph was told.

After listening to the music at church today I wondered about it.  The last time it was changed was 1984 I think.  It's almost become a "don't add anything to this" type of volume.  It took has taken on a "thou shalt not add to the words of this book" kind of thing.

I wonder if there would be a change or some additions were someone to inquire of God if it would please Him to make any changes to the music of church services for example.  Or changes to how our curriculum is developed.  Or any number of chances.  All church decision making now comes from headquarters, whereas each stake used to have much much much more flexibility and freedom to make choices.  The way it currently operates is everything is centralized, the entire hierarchy is not unlike a very large business.  This was not how the church began, but it has evolved into this.  If we ask those tough questions maybe we'd learn that everything is perfect how it is, but maybe not.

Interesting to think about.  With the music example I have no problems with the songs in the lovely green book. I absolutely love many of them. I just think it's beneficial to ask ourselves these kinds of questions from time to time. Helps us know if something we do is revelation or just tradition.

My parents are very musical and have often been in charge of the ward choir or church music in some way. Being musicians themselves, and having written a lot of great music, I know there have been times when their own music was not able to be played in church because it wasn't a hymn. I can see why such a policy could have been put in place. Who knows what music some people would want played/performed at church. Someone has to create a policy against all the potential riff raff right? It has to be standardized right? I really do see both sides.

But going back to the point here, my dad asked me one day what I thought of a ward musical number performed by the choir. He was sincere and I could tell he would listen to my response so I responded very honestly. I said the choir sang words that were strung together by an author.... they sang exactly how that little rhythmic/tempo indicator says on the top of the music. (IE, Reverently, solemnly, worship-fully, peacefully etc) they did all the outward musical actions. However there was no life to the music, the vibrations didn't communicate that the singers had a feeling or understanding of what the message of the music even was. It was just words heard hundreds of times sung according to the accepted musical indications.  It was tradition and musical rules, not harmony and music.  Music can be alive, and speak wonderful things to the spirit of all present, but what I typically hear from the choir is nothing like this.  and it doesn't have that much to do with the peoples individual musical ability.

If we put our own limits on how it must sound and look, we may forget just how inspiring and uplifting worship in song can be. My opinion anyway.

Ask yourself would it be better to ask the tough question and deal with the answer, or better to remain in a trance and just do what your told because it sounds safer?