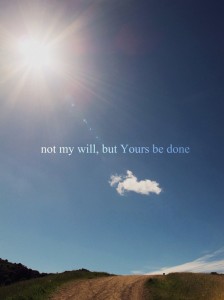 With the announcement regarding missionary age change I've noticed and been a part of some discussions lately that gave me pause.

Sister missionaries are now feeling more pressure to serve missions.  I've seen this consistently across many different circles.  The pressure for guys has been there as long as I've been alive but this recent change brings the matter to the surface again.  When the announcement was made regarding sister missionaries it was clearly stated that they do not have the same obligation and duty to serve a mission as the young men.  It was stated that if they desire to serve great, if not, that's perfectly acceptable as well.  Regardless of that, the culture has done what it sometimes does, which is do things a bit contrary to what leaders and doctrine state.

One conversation yesterday was particularly interesting.  A sister missionary candidates voiced she was moving forward with plans to serve not totally due to promptings, but in large part due to pressure. Pressure and promptings are obviously not the same and should not be confused with one another. One of those comes from the Holy Ghost.  The other comes from our culture. The long term effects of acting on pressure vs acting in promptings are worth thinking about.  The outcome is vastly different.  The two can sometimes lead in opposite directions even. One can change the heart, the other often lacks the divine and thus will usually only lead to superficial changes, if any.  The temptation to succumb to pressure is something we all deal with in one way or another.

The effect of this kind of cultural pressure seems to just create a herd mentality and an empty form of worship.  It produces no power, and often only mimics true faith.  The Holy Ghost does not have that effect.  We need the Holy Ghost as our constant companion.  Cultural pressure is constantly surrounding us so the need is as high as it's ever been to also have a divine gift that is an active, living part of our life.  It's not our will, nor the will of our culture or traditions, it's doing God's will that brings light and happiness.