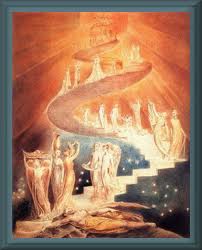 In the Word of Wisdom, we're supposed to consume fruit "In it's season"  I think that refers to more than just apples and pears.  It's to recognize the things God asks and when he asks them.  When there is a sequence to be followed and we disregard it and prefer our own sequence of things.... or want to do something out of seasons we create trouble.   Joseph Smith said "That which is wrong under one circumstance, may be, and often is, right under another."  He goes on to cite examples of people acting under revelation, and being reliant on God rather than pre defined rigid rules.  (Page 256 of Teachings of the Prophet Joseph Smith.)

There are many sequences in plain sight in the scriptures, but I often miss them.  On this note one author says this about drawing near the Lord and sequences: "Having the veil open to you is like seeking to open something kept shut by a combination lock.  To an uninformed observer watching the lock being opened, they may conclude what is needed is spinning the dial back and forth a few times and the lock disengages.  However no amount of turning the dials on the combination lock will open it until you have the right sequence and the right numbers.  So it is here.  Unless you have the right sequence and the right information, it is not possible to have the veil open."  (The Second Comforter p. 20).

The path the authors of scripture has taken to find the Lord is one they are frequently writing about and sharing to us if we have eyes to see.  That is one reason I think the scriptures are so valuable.  The authors are among those upon earth who have seen God, conversed with angels, and have personally encountered the fullness of the Gospel.  Their words are direct, and testimony is not vague.  The book of Mormon in the first 8 verses has Lehi encountering God and telling us about it.  Even in those short 7 verses prior, there is a sequence.  How valuable Holy Writ is!

There are a couple foundational sequences:  "Repent, and be baptized" comes to mind.  Belief should also probably be part of that foundation sequence. If you don't believe, than you'll have no motivation for repentance or baptism.  So, like Alma teaches with the seed of faith in chaper 32, if we can no more than desire to believe, even if we only desire it, we can plant the seed of belief that there actually is a God, and that He is good, and He will respond to you if you seek Him.  We can let that desire work within us and see what natural sequence follows.

When Adam and Eve partook of the fruit it could be said that it was "out of season".   Had they not eaten I wonder if the Lord would have returned at some point and given them further instructions, which would have included to eat the fruit.  The out come would have been different.  However the Lord in his foreknowledge made ample provision.