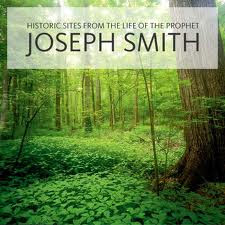 Maybe I’m just noticing it but there are multiple sources lately making a big push to discredit Joseph Smith, the Book of Mormon and the Pearl of Great Price. So many people are completely fixated on discrediting them. My question is until you bring forth something of a religious nature that restores ancient truth and literally blesses the lives of millions of people daily across nation gender and age then what grounds do you have to call Joseph and the book he brought forth a fraud? It’d be better to just leave it alone than to accuse.

It’s interesting to me that Joseph never claimed to be the author of either The Pearl of Great Price nor the Book of Mormon. He claimed to have translated it, not authored it. We can be so hard on each other. There is a terrible lack of charity and mercy shown people who probably deserve our understanding and kindness. Are we big enough to offer that to others? Even when it's hard?

Does a 48 minute anti Jospeh Smith youtube video make the viewer an expert? The viewers are lead to believe they are now suddenly privy to some piece of information making them an expert. What’s funny is most viewers had nothing to do with coming up with the content. They are just among those totally persuaded by it is all. Have we forgotten the folks from the bible who literally had hundreds of wives, and who are credited with fathering thousands of children? Joseph Smith’s “fraud” or behavior with women is weak sauce compared with some folks from the bible. Look at David, the guy made some serious mistake covering up his adultery. That guy was king of a nation. Does the immorality of our own modern day politicians and leaders escape our notice? The immoral acts on the news involving children, some by people of religious faiths? Why are Joseph’s acts constantly berated? Aren't there enough problems in our every day life that we need to go digging? His life’s work accomplishes continuing good in the world, yet so many insist in him being a fraud when the 10pm news or pretty much every Hollywood movie show stories of people doing worse things that Joseph was ever accused of. You see how accusations of Joseph being a fraud accomplish nothing?

If something that is hundreds, or even thousands of years old stands the test of time, is testified to by thousands, can be completely discredited in your mind in 4 minutes………. it’s probably good to ask yourself if you’re being persuaded due to your own ignorance. If that’s all it took, what does that say about your foundation? Sand?

How often are Pearl of Great Price critics reading the book of Abraham instead of being sucked in and swayed by arguments against it? You see how it makes no sense to be persuaded about the credibility of a book you don’t read, and don’t plan to read? Or which you never studied in the first place? Often the critics know little else about the object in question other than criticism. Some on the other hand have truly studied and searched, and I respect that. But those who don't let others make decisions for them due to ignorance. Many are pushed and pulled by whatever new hot video dissing on Joseph Smith or religion comes along. Those are a dime a dozen. They are willing to sell in any size shape or color as long as they pull you in. But they offer absolutely nothing in return, other than a reason to judge someone you never knew personally. Does doing that sound like a good idea? I don't think it is.

The LDS church does so much good for so many people. Sure there are problems, but what does discrediting Joseph really get people? Is it really worthwhile? Does reaching their goal really accomplish anything? Does discrediting him elevate the ground we stand on? No, not really. The LDS church invites people, it's not designed to force anyone to do anything.

With all the fraud affecting our daily life in 2011 why focus on someone who’s long since passed away but yet still offers faith and inspiration to millions? Doing that just sounds foolish. We have no grounds to judge. Who of us is completely pure within our own hearts? Those who are likely do not seek to condemn others. Christ's teachings are timeless, "let he who is without sin cast the first stone". We should show mercy and respect. We’re only accountable to God for ourselves anyway. Condemning others, is not why Christ came to earth. I like His example so much I can't help but follow. I find it liberating.